Born in Salzburg, Gerda GUTTENBERG BASTIAN received her first piano lessons at the age of seven. At the age of eleven, she took Prof.Kurt Neumüller to his master class at the “Akademie Mozarteum” in Salzburg, where she graduated with honors from her concert diploma. Parallel to her piano studies, Gerda GUTTENBERG BASTIAN studied musicology and pedagogy at the University of Salzburg and completed her studies with a doctorate.

During a three-year stay in the US, she worked as a concert pianist and piano teacher. Since 1995 she is a lecturer in accompaniment and piano at the “Universität Mozarteum”. As part of her responsibilities, she focuses in particular on the chamber music collaboration with strings. As accompanist, she has worked at numerous master classes (Shmuel Ashkenasi, Ivry Gitlis, David Oistrakh, Ruggiero Ricci, Denes Zsigmondy and others) as well as at international competitions (Fritz Kreisler Violin Competition, International Mozart Competition, Queen Elisabeth Competition Brussels and others).

In 2006 she habilitated in piano-chamber music and since then has been a professor at the Mozarteum University.
Concerts take her to many parts of Europe and the USA, as well as participating in the Salzburg Festival, the Wiener Festwochen and the Mecklenburg-Vorpommern Music Festival. Several CD recordings bear witness to their diverse musical work. 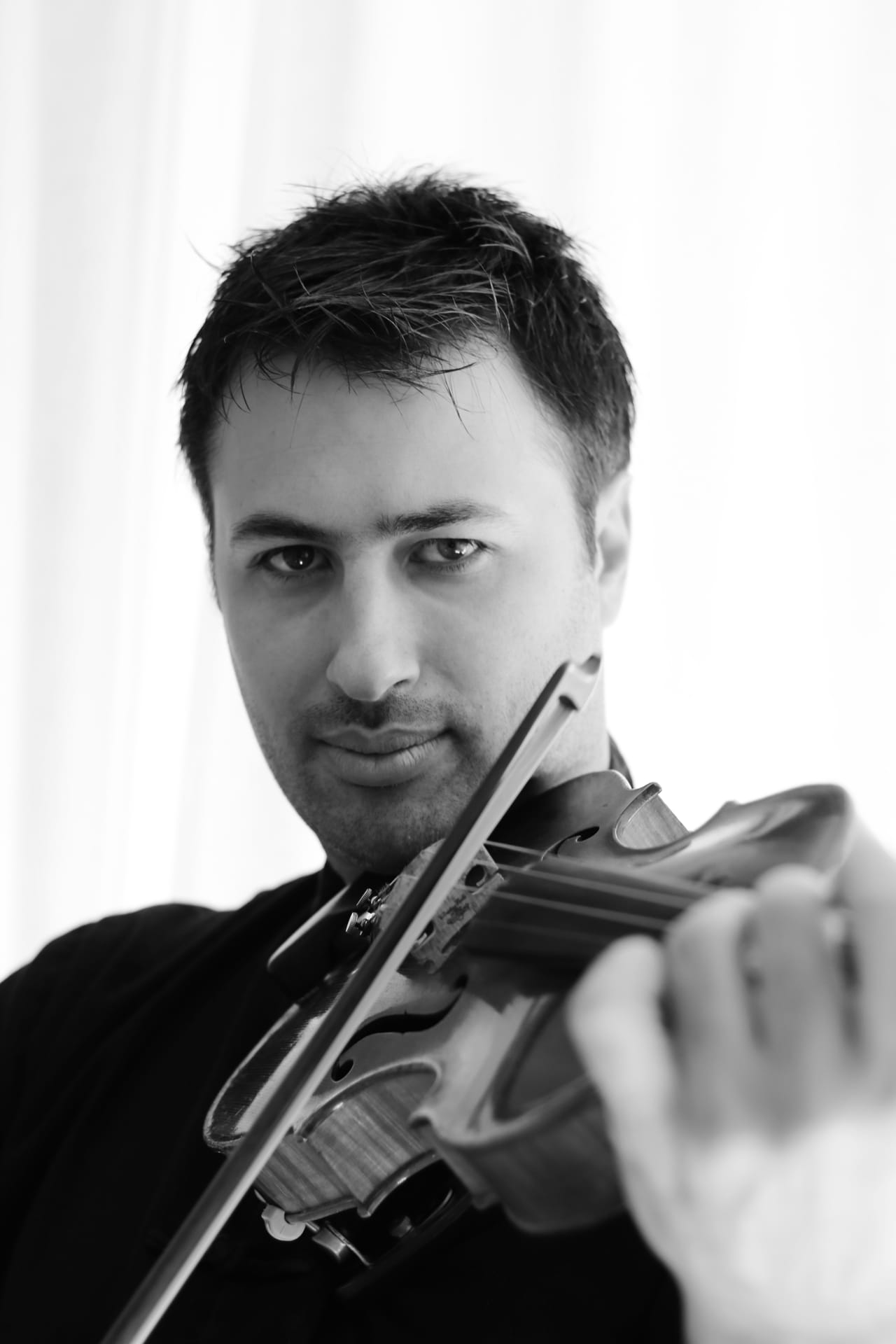 The ‘truly outstanding’ Andreas Papanikolaou is widely regarded as one of the leading violinists of his generation to have emerged from his native Greece. Andreas was born in Thessaloniki in 1982, where he received his Performer’s Diploma from the city’s New Conservatory of Music with Irina Dragneva before being awarded his Bachelor of Music in performance at the Vancouver Academy of Music with Prof. Taras Gabora, marked by prize-winning successes at the Elsje De Ridder Armstrong Chamber Music Competition and The Friends of Chamber Music Competition in Canada among others.

As a dedicated chamber and ensemble musician, Andreas was a founder-member of the Emilios Riadis String Quartet and the Thessaloniki String Ensemble, regularly appearing in music festivals in Greece and throughout Europe. He is often invited to teach, coach and perform as a soloist in recitals and chamber music concerts.

He was a permanent member of the first violins of the Thessaloniki State Symphony Orchestra until being appointed to the Principal – Leader position of the second violins of the TSSO. He currently teaches at the University of Macedonia – Masters of Violin and the New Conservatory of Thessaloniki where his students have been notably successful in numerous international competitions.

He plays a Federico Goldnagl violin made in Vienna in 1979.